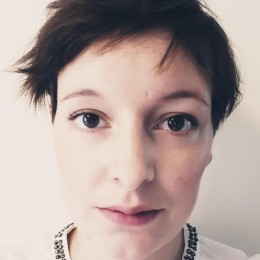 L’Ouragan parricide, The Parricide hurricane in English, is the art project I have presented for my Master degree.

I have collected nearly 40 stories of teenagers killing their parents in USA in the last 20 years. Parricides are quite rare compared to other kind of homicide, but this is the kind of story American media exploit a lot. The same question is always asked regarding those cases: “Why?”

My goal for this project was to present a fiction through the exhibition space as I am interested in Transmedia and new forms of fiction.

So, I have created a theory answering the question of the motive of those murders.

Started with the list of murders I found, I have been looking for correlations between them all, collecting documentation regarding criminology,  studies, teenagers brain development, but also localization and weather.

Finally, my theory was : american teenagers kill their parents because of hurricanes. The storm wake a primitive survival instinct in their brain which make them kill their parents. Indeed, as the storm destroy the environment, parents represent a threat for the population survival, especially the mother who represent the one who give birth. When the resources are rare, having too many humans around is not recommended.

The idea of this project is to show how correlations between real facts can produce wrong conclusions.

Using my own statistics and referring to real concept, I have seen some people not being so sure if it was true or not . I didn’t specially wanted them to believe what I said but to think that I believe in it.

This site uses Akismet to reduce spam. Learn how your comment data is processed.